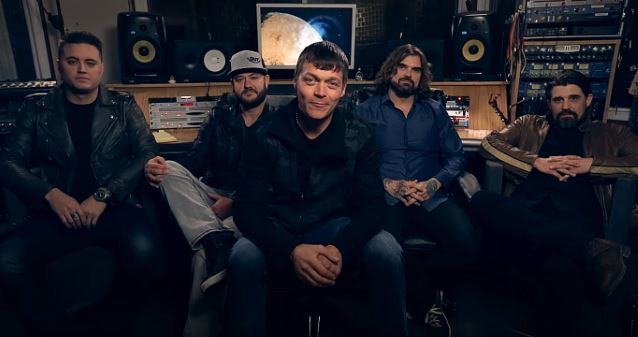 3 DOORS DOWN frontman Brad Arnold has defended the band's decision to perform at President-elect Donald Trump's "Make America Great Again! Welcome Celebration", saying that "it's all about America."

3 DOORS DOWN will perform at the concert on Thursday (January 19), one day before Trump is inaugurated as the new President of the United States. The event, which is open to the public and taking place on the steps of Washington, D.C.'s Lincoln Memorial, will also feature country artists Toby Keith and Lee Greenwood, the Piano Guys and actor Jon Voight.

Other participants in Trump's inauguration plans include "America's Got Talent" singer Jackie Evancho, THE ROCKETTES and the Mormon Tabernacle Choir, although members of both the latter groups have expressed concern about performing at the event.

It's been widely reported that the Trump transition team has had trouble attracting A-list talent to appear at the inauguration, with artists like Elton John, Justin Timberlake and others rejecting offers.

TMZ caught up with Arnold as he was leaving rehearsal at the Lincoln Memorial Wednesday night (January 18). Asked by the TMZ cameraman about many other rockers shying away from playing the event, Arnold responded: "Man, it's all about America. We're proud to be here." When the cameraman followed with a question about what it meant to play the Trump inauguration, Arnold repeated his point, saying: "We love America, man. This is gonna be a great experience. It's a great honor to be here, and we're proud to be here."

Although other rock artists like Kid Rock, STAIND singer Aaron Lewis and Ted Nugent have voiced their support for the former reality TV star, they have been absent from the plans for the inauguration.

3 DOORS DOWN released its sixth studio album, "Us And The Night", in March 2016.