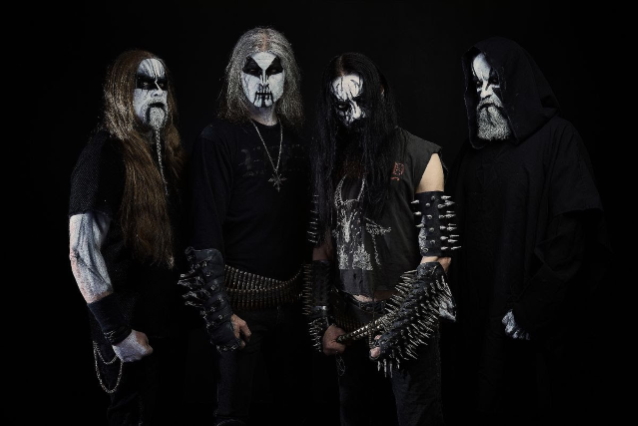 Norwegian black metal masters 1349 have announced North American tour dates for this fall Support on the trek, which will kick off on October 25 in Jacksonville, Florida, will come from by UADA. Tickets will go on sale on August 23.

1349 will release its new album, "The Infernal Pathway", on October 18 via Season Of Mist. The disc was recorded earlier this year at Amper Tone studios and Studio Nyhagen with engineer Jarrett Pritchard.

The cover artwork of "The Infernal Pathway" was created by Jordan Barlow. 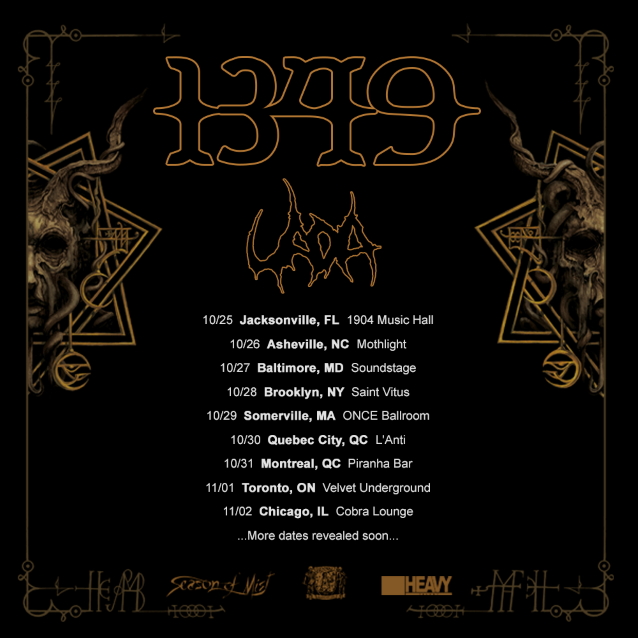