According to The Pulse Of Radio, Brett Morgen, the director of the new Kurt Cobain documentary "Montage Of Heck", has revealed on Twitter that the soundtrack of the film will feature a 12-minute unreleased track from Cobain, the late NIRVANA frontman.

It isn't known if the track was intended for a solo album he worked on with Pat Smear and Eric Erlandson.

"Do Re Mi", Cobain’s late acoustic demo, was released a decade ago.

"Montage Of Heck", the first documentary about Cobain made with the authorization and cooperation of his family, premiered at the Sundance Film Festival in Park City, Utah on January 24. According to The Pulse Of Radio, the film was praised in several reviews, with The Wrap calling it a "bold, generous portrait of a man who was clearly a tortured teenager before he was a tortured artist and a reluctant icon," adding that parts of the two-hour-plus film were "shockingly personal."

Badass Digest was more detailed in its review, noting that the film was "as much a tour of Kurt's mind as it is a retelling of his life," and revealing that it includes photos and recordings of Cobain and Courtney Love having sex among its more intimate materials.

The film relies less on straight documentary reporting and is constructed more like a collage of previously unseen home movies, interviews, animation, photographs and other artifacts, all accompanied by Cobain's music.

Kurt's daughter, Frances Bean Cobain, is an executive producer on the film. She, Courtney Love, Kurt's parents and NIRVANA bassist Krist Novoselic all appear in the movie.

Morgen was asked at the premiere why NIRVANA drummer and FOO FIGHTERS frontman Dave Grohl did not appear in his film. Morgen explained that Grohl was interviewed but that there was not enough time to edit his segment into the movie before the Sundance screening.

"Kurt Cobain: Montage Of Heck" will premiere on HBO on May 4.

Listening to a mind blowing 12 minute acoustic Cobain unheard track that will be heard on the montage of heck soundtrack. Hello @truefalse 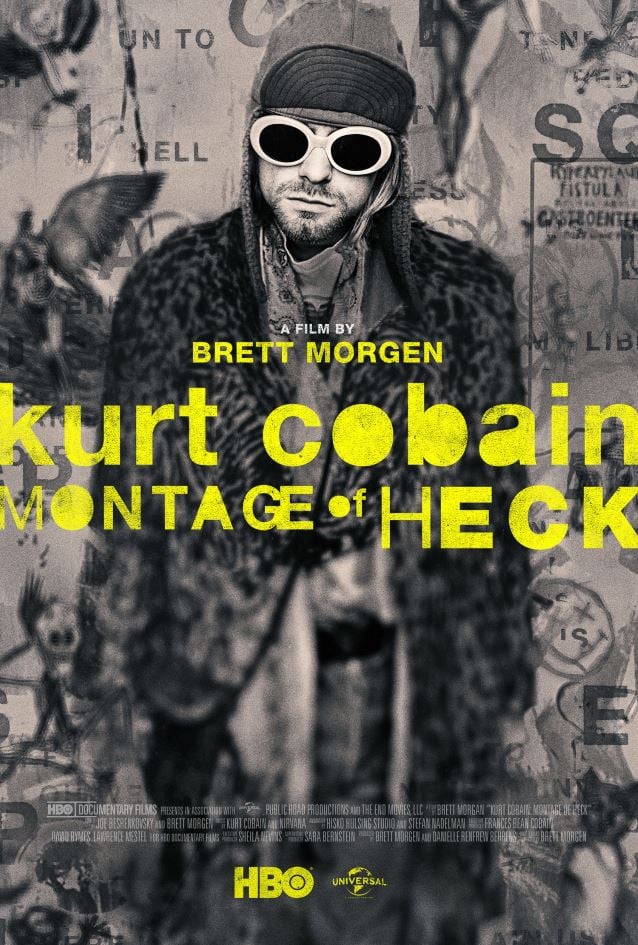